Two hours. One epic Jackson adventure. Your team will solve puzzles, complete challenges, and explore historic landmarks. On this modern day treasure hunt in Jackson you will compete for the top spot in your city. You can start your scavenger hunt any time your group is ready. Learn how it works.

Join over 1000 other explorers who've competed in Jackson 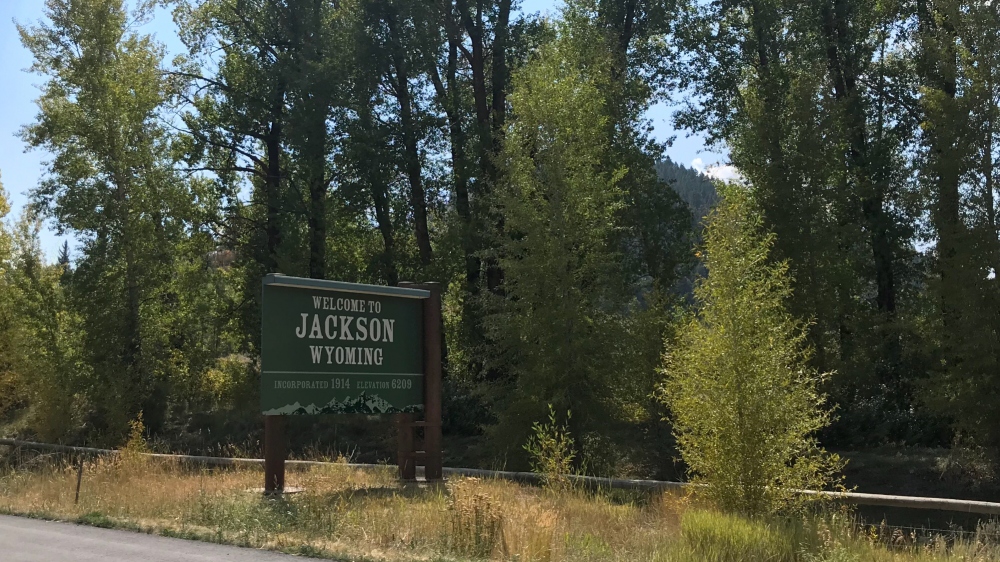 Jackson, Wyoming, is so closely associated with the valley in which it sits and the neighboring Jackson Hole Mountain Resort that most people think the town itself is called Jackson Hole. It isnʼt—it's just Jackson—and there is so much more to this town than its proximity to the slopes. On the More than Mountains in Jackson, Wyoming scavenger hunt, you'll find out just how much more!

The land Jackson now occupies was once part of a vast territory stewarded by the Shoshone, Arapaho, Cheyenne, Crow, and Ute peoples, among others. By the time the first homesteaders arrived, however, the valley had been empty for nearly twenty years—since 1868, when the Treaty of Fort Bridger narrowed the boundaries of the Wind River Reserve. The first U.S. settlers arrived to find a wild, deserted land—the kind of place that attracts fierce women and lawless men. Jackson had its fair share of both.

As you embark on this scavenger hunt in Jackson, you and your team will explore the heart of downtown. Discover relics leftover from Jackson's days as a haven for outlaws, check out the town's enduring institutions, and find out why Wyoming is called "the Equality State"—and what petticoats have to do with this! Toward the outskirts of town, youʼll witness the legacy of one of the oldest wildlife conservation initiatives in the nation.

You'll need to think quickly to prove your salt through a series of challenges highlighting Wild West strategy, imagination, and showmanship. Each stop is as fun as it is tricky. Do you have what it takes to measure up and make it to the top of our leaderboards? There's only one way to find out–join us on this scavenger hunt in Jackson, Wyoming!

You can do our interactive scavenger hunt at any time. Explore the sights of Jackson.

See these locations plus more on your Jackson Scavenger Hunt adventure!

Pre-Valentine's Day Flash Sale until Tuesday, 01/31! Tickets can be used on any of our 1000+ hunts all around the world. Also buy one unlimited annual pass and get a second one for an extra $20 off to gift.

Explore Jackson like never before. All you need is a phone and some free time! Our cross-platform mobile app (available on iOS and Android) uses GPS and AI photo scanning to help you navigate from stop to stop as you uncover hidden art, history, and culture all around you. 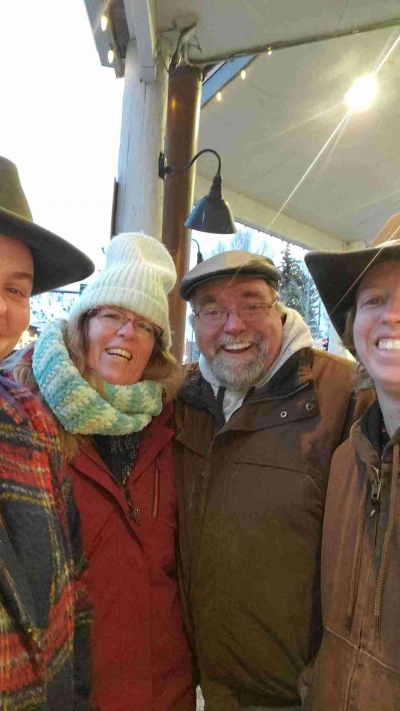 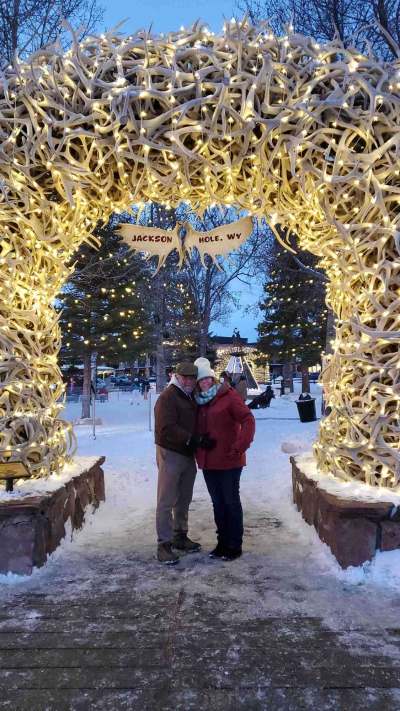 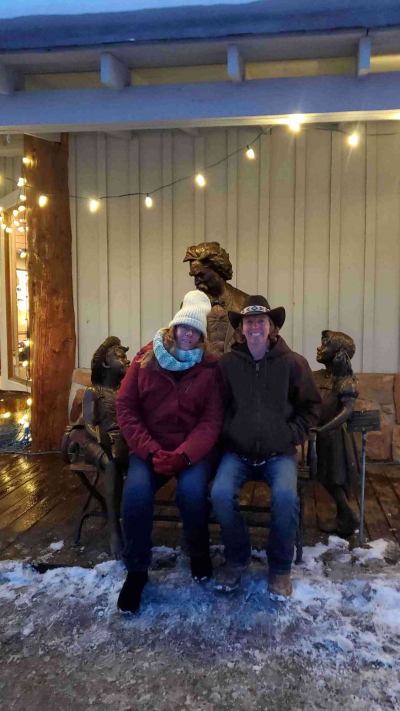 Our Jackson scavenger hunts are endlessly customizable. Unlock unique challenge types, roles, and other special features as you have a blast, no matter the occassion.

Explore the most romantic spots of Jackson on a Date Night Scavenger Hunt! 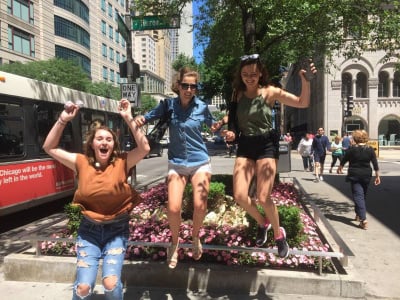 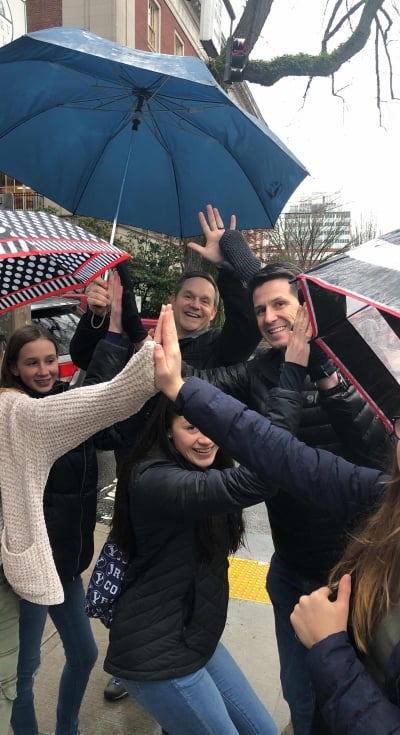 Love a little competition? On your photo scavenger hunt, each player on your team will receive interactive challenges. You'll work together to solve riddles, answer trivia and complete photo challenges for a chance to top the Jackson leaderboard—and compete for ultimate bragging rights!

What will I find on the More than Mountains in Jackson, Wyoming scavenger hunt?
More than Mountains in Jackson, Wyoming will help you discover new exciting things, taking you to popular attractions and secret sites even the locals don't know about. We'll lead you to 'must-see' landmarks and treasures including: Jackson Hole and Greater Yellowstone Visitor Center, Jackson Town Square. Need more details? You can find additional scavenger hunt information here.
Is the More than Mountains in Jackson, Wyoming scavenger hunt good for team building?
Of course! We have a whole team of Jackson team building experts at ScavengerHunt.com that can help turn the More than Mountains in Jackson, Wyoming scavenger hunt into the engaging, energizing team building activity your company needs. Our team can customize any team building scavenger hunt to include a tailored route, a special starting and ending location, custom questions about your company, and your logo. Click here for more info on how to start your Jackson team building adventure.
How do I buy tickets and start the Jackson scavenger hunt?
It's easy! Start by buying scavenger hunt tickets from our store. Tickets can be used for the Jackson scavenger hunt or any ScavengerHunt.com city scavenger hunt (we have more than 400 hunts in cities across the globe). After securing your tickets, choose the city you want to explore. Download the Let's Roam app (our awesome parent company), select your adventure/activity, and start your epic journey!
Why Do A Scavenger Hunt With Us?
Every scavenger hunt, whether in your home or outside, is designed to bring teams together. Outdoor hunts are a safe, socially distant way to explore with your close friend/family group and help hunters see the city in a whole new way. Our In-Home hunts are designed to help kill boredom and help you learn more about each other. Be prepared to learn something new and have a great time. Our software helps us customize your scavenger hunt to your tastes as you solve clues. At the end of your hunt, you'll be ready to do it in another city! Get Your Gift or Tickets
How Outdoor Scavenger Hunts Work
Your scavenger hunt will lead your group across town to the best-known landmarks as well as hidden gems. Along the way, you and your teammates will complete fun photo challenges, test your knowledge of local trivia, and solve riddles that will bring your entire group together. ScavengerHunt.com by Let's Roam is a great way to explore a new city or learn more about an old favorite. Learn how it works.
Are Your Outdoor Scavenger Hunts Covid Safe?
Yes, our scavenger hunts are socially distant and outdoors. Questions are hidden on plaques, statues, and more outside. You won’t enter buildings and will only interact with your family/friend bubble. These wacky walking adventures are the perfect way to explore in a safe manner. Your group can pause at any time and take a break. Challenges are often off the beaten path and away from heavily trafficked tourist attractions.
How Do In-Home Scavenger Hunts Work?
Our one-of-a-kind in-home scavenger hunts help you, your friends, family or date explore, discover, and connect. All you’ll need is your phone, your team, and your home. The interactive Let’s Roam app will present you with a series of challenges and questions ranging in difficulty and point value.
Why It's The Perfect Gift
Our scavenger hunt tickets are flexible and can be used in any of our locations for up to two years. When you purchase as a gift you will receive an instant printable card for the recipient.
How Long is a Scavenger Hunt?
Our scavenger hunts take about 2 hours. You can pause your scavenger hunt if you'd like to explore a stop on the hunt or get drinks/food along the way.
When Can I Do The Hunt?
Whenever you're ready to explore! If you're doing an outdoor hunt, daylight may help you find some clues, you can go any day, any time (even holidays). You will never be asked to go inside buildings on your hunt, so you don't have to worry about business hours. No reservation is required for groups of less than 20.
Does everyone need an interactive role?
During your hunt each person will be texted photo challenges, trivia, and other activities for everyone to do together. We recommend purchasing a role for everyone in your group and kids over 6. If a person doesn't have their own device, you can have up to 4 roles on a single device. Our app will let you know when to pass the device to them when it's their turn.

Get up to 30% off on scavenger hunts and passes. Hunts are available in over 600 cities and 27 countries around the world. Sale ends Tuesday, 01/31